The attorneys at Cosner Law Group have served individuals, families, and businesses in Central Jersey for over 45 years. Our lawyers have elite credentials and employ their unique backgrounds to provide high quality representation.

Contact an attorney at Cosner Law Group to schedule a free initial consultation. We look forward to speaking with you.

Alan G. Cosner has been involved in law for over 45 years. He graduated from Bucknell University with an accounting degree in 1966.  He then received a Juris Doctor degree from Seton Hall University in 1970, and a Masters of Law in Taxation from New York University School of Law in 1974.  He is admitted to practice in New Jersey state and federal courts, and in the Tax Court.  Mr. Cosner formerly worked as an accountant and an IRS agent. He is a member of the New Jersey and the Middlesex County Bar Associations and the American Arbitration Association.  He has taught classes in Business Law and Tax Law at Rutgers University and Middlesex County College.

Staci A. Cosner graduated from Cornell University with distinction and received a bachelor’s degree in Economics and Political Science in 1992.  She then received a Juris Doctor from Columbia Law School in 1995.  Formerly, she was an associate with Skadden Arps in New York City. Staci is admitted to practice in New Jersey and New York courts. She is a member of the Elder Law Committee for the Middlesex County Bar Association and the National Academy of Elder Law Attorneys.  Staci lectures frequently on Elder Law, and has appeared on local New Jersey television to discuss Elder Law issues. Staci is a Member of the Supreme Court of New Jersey, District Ethics Committee for Middlesex County District VIII.

Rebecca A. Hand, Associate, graduated with honors from Rutgers University and earned her Juris Doctor degree from Benjamin N. Cardozo School of Law. After graduating, Ms. Hand served as a Law Clerk to the Honorable Edward J. Ryan, J.S.C., in the Superior Court of Middlesex County, New Jersey. Prior to joining the Firm, Ms. Hand was associated with Menz Bonner and Komar LLP in both New Jersey and New York.

Staci and her staff helped our family through what seemed an impossible situation. We started with an extraordinarily messy Medicaid situation with my dad. We tried to handle the matter ourselves until we hit a frightening dead end. We consulted with our attorney, several actually, but they were all reluctant to take on a case of this complexity. Our attorney did however refer us to Staci, and I'm so glad that he did. His exact words were, "You need a big gun, and Staci's the biggest gun around." Staci knew exactly how to approach this case, and with her staff she executed her plan expeditiously, relentlessly, and flawlessly.

Attorney Staci Cosner prepared my will and Health Directive, She did a good job. She is knowledgeable in this field. I like the fact that her office answers the phone promptly and they return calls. Another plus is that she charged me a reasonable fee.

Staci Cosner has been a great help in a time which was difficult for our family. Knowing that estate planning was taken care of in a proper and efficient manner took away additional stress that we would have had to deal with. Staci took extended time and continues to answer all questions as well as explain everything thoroughly as we estate plan for our family members.

Applying for Medicaid can be tedious and intimidating on your own. Retaining an attorney can expedite the process. My attorney, who specializes in elder care, was able to achieve in two months what I could not achieve in two years. With my attorney, the entire process took four months. I no longer have the financial burden to an elder facility and the stress that I did. I appreciate all that my attorney and her staff did to help me in this matter.

Words can't begin to express the gratitude I possessed when you accepted my call and personally assigned an appointment. Your staff warmly welcomed and set me up in the conference room. I was treated with dignity & respect. When you came to bring me to your office, it was as if I was referred by your highest ranked client (not as a consult). I was a nervous wreck, confused, lost, and just needing confirmation. My visit at your firm far exceeded my expectations and I will always refer to you. Respectfully Submitted,

They took care of our concerns with Elder Law in NJ. I am very happy with their services.

As Executor of my late brother's Estate I had the good fortune to select Cosner,Youngelson to represent us. The Probate was complicated by the fact that I live in Arizona and the Estate was in New Jersey which has an Inheritance Tax. And dealing with four different banks (especially Wells Fargo) was frustrating. However Rebecca A. Hand and her staff relieved me of all burdens with their skill, experience and professionalism. They made a difficult task so much easier and I cannot recommend them more .highly. Thank you Ms. Hand and my thanks to your Staff.

Staci and her team were very informative and diligent with the overall Will process for my family. I enjoyed their work and customer service. I recommend this firm without reservation.

Very professional. Responded to my e-mails quickly. Very willing to hear my point of view. I felt I could trust them. 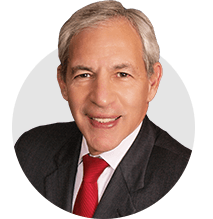 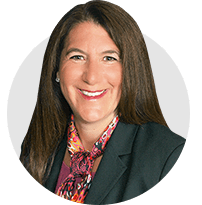